The Conflict Analysis and Prevention Centre (CAPC) is an international think-and-do tank established at the end of 2017. CAPC’s mission is to provide nuanced and accurate field-based analysis of violent conflicts; propose tailored conflict resolution strategies, policies, and tools; implement interventions that will minimise the likelihood of deadly violence and facilitate conflict resolution, post-conflict rehabilitation and development.

We cooperate with civil society actors, community leaders, and government officials to implement our proposed strategies and projects. We engage in raising early warning awareness, advocate for the rule of law, support violent extremism prevention and post-conflict reconciliation. 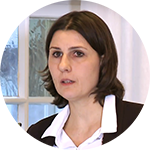 Dr. Ekaterina Sokirianskaia, has 17 years of experience working on human rights and conflict resolution in the North Caucasus.

From 2011 to 2017, she served as International Crisis Group’s Russia/North Caucasus Project Director, supervising the organisation’s research and advocacy in the region.

From 2008-2011, Sokirianskaia established and supervised the work of Memorial’s new regional offices in Kabardino-Balkariya and Dagestan.

Before that, from 2003-2008 Sokirianskaia was permanently based in Ingushetia and Chechnya and worked as a researcher and project director for Memorial Human Rights Centre and as a professor at Grozny University.

She holds a Ph.D. in Political Science from Central European University and has authored and co-authored numerous articles and reports on human rights, security, and conflict in the North Caucasus and Russia. 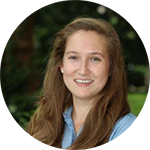 Victoria Gurevich is CAPC Project Coordinator/Researcher. Victoria maintains the website, monitors the media, contributes to research for the reports, and supports other logistical, financial, and organizational functions.

Victoria was previously a consultant for the Russia and North Caucasus Project at the International Crisis Group and has provided supporting research for reports and books and has authored several articles.

She is currently a PhD candidate of Political Science and International Relations at the Ohio State University focusing on the causes, prosecution and termination of international armed conflict.

Natalia Nesterenko was born in 1976 in Grozny, Chechnya. She began her career as a journalist and analyst covering the wars in Chechnya. Between 2011 and 2017 she worked as an analyst in the “Hot Spots” program of Memorial Human Rights Center; in addition, she was active in organizing and implementing charity and social support programs for elderly people in need in the Chechen Republic. In 2015 Natalia received her master’s degree in psychology. She has worked as a counsellor in psychological service at the Kosma and Damian temple in Shubin and as a psychologist in the children’s charity hospice “Home with a lighthouse”.

She is a certified specialist in the bodily aspects of emotional problems, for which she uses methods of somatic therapy for trauma. She is also a practitioner in the “understanding psychotherapy” method, where the relationship between the client and patient is central. In line with this work, Natalia has completed three stages of the program in the M. Murray method of “Developing a healthy and balanced personality.” She currently works as a consultant supporting people in acute crisis situations.

Kamil K. Surmeli leads CAPC’s financial and operational activities, supervises CAPC development projects and activities in Turkey. He has over 30 years of experience in development, management and finance in the government and private sector. Kamil graduated from the Faculty of Political Science, Department of International Relations of Ankara State University and has extensive experience working in Europe, Asia and the Middle East.